What was before The Big Bang?

I have been a spiritual seeker 24/7 for many years. I have also been a devoted reader of channeled information and also appreciated the wisdom of many spiritual books. I have devoured these books like they were my favourite meal. However, none of the spiritual/metaphysical books I have read and none of the spiritual people I have met have ever mentioned that creation is a paradox.

Scientists say that our Universe started with the The Big Bang and they can pinpoint it to app. 13,8 billion years ago. They have traced back this explosion/expansion and know what happened  a fraction of a second after the Big Bang. But what was before the Big Bang? 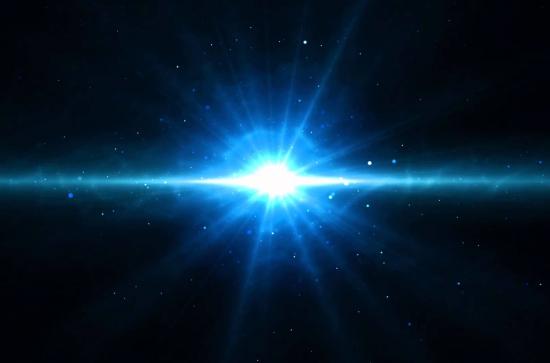 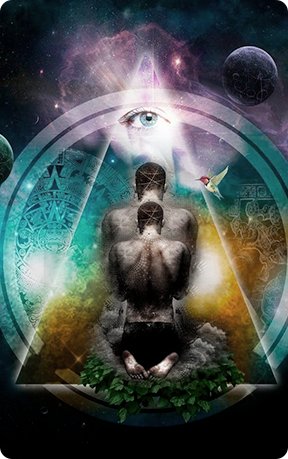 On my more than 10 year long quest to find answers to the mystery of life and creation I have met some incredible insightful people. However, Steve Berg stands out. This lead-worker from the UK is the first person I have encountered who talks about creation being the result of a paradox.

Many spiritual people, gurus, shamans, mediums, channelers, metaphysical teachers and others talk of consciousness, of the absolute and relative realms, of God and Intelligent Design, of other realities beyond the 3D world, of higher dimensions and planes etc., but none of them, as far as I know, talk about the core of creation. They don´t explain creation the way Steve Berg explained it to me. I find his insight to be incredible. He is an ordinary lead-worker from the UK who gained some incredible insight through an experience that expanded his consciousness to new levels. This happened more than 20 years ago. It was not a near-death experience, but an experience where he was shown the cycle of creation in slow motion.

After his mind-blowing experience he contacted all kinds of people to share his new gained understanding of creation. He wrote to the famous scientist Dr. Stephen Hawking, to newspapers, to near-death-experience organisations, to metaphysical writers and more. None of them even bothered to reply. He was about to give up when he came across my site One Mind One Energy. He felt a need to get in touch so he did. I treated him seriously because the information he shared with me in his first email resonated with me.

We started exchanging e-mails and for 18 months straight I asked him hundreds upon hundres of questions related to creation and the big questions in life. Steve answered them all. He became my mentor and good friend and showed me the overview of creation and how it´s all a paradox. He helped expand my consciousness and gave me valuable insight about creation and the secrets of life. As a result I wrote the book The Paradox of Creation.

I don´t know your background or what you have experienced in your life or how many spiritual/metaphysical books you have read or how many spiritual gurus or spiritual “experts” you have talked with or met etc. I felt I had a pretty good grasp on things related to creation and the Universe before I got in touch with Steve. I found his information fascinating and it expanded my consciousness. Maybe it will do the same for you. Maybe the information about The Paradox of Creation  is new to you. Maybe not. It was a thrill exchanging information with Steve for 18 months about the big questions in life. This process also inspired me to create The 5 Steps To Master Your Life Program which include all you need to know about how this incredible Universe operates and how you can benefit from that knowledge.

Steve´s insight certainly goes beyond any channeled information I have personally received “from the other side” through mediums and channelers I have worked with for many years. It goes beyond the wisdom in all the spiritual/metaphysical books I have read. It goes beyond what spiritual gurus have conveyed to me about creation. It goes beyond what any person with a near-death experience have revealed to me.

How is this possible?

How is it possible that an ordinary lead-worker from UK has more insight about creation than spiritual gurus who have been meditating and seeking the truth about creation their whole life? It’s possible because we are all moving along the circle of creation (actually a spiral) and as we move along the more we understand, evolve, develop and comprehend which is actually to Re-Member (to once again become a member (feel the unity) of the Cosmic Mind). So, Steve re-membered.

The time has come for this information to be released on a mass scale. It could not have been released until now because the level of consciousness on this planet was not ready.

More people are “waking up” and starting to see “The Bigger Picture” of reality. We are ready to see how creation really is a paradox and how we move along a grand cycle which we perceive as linear with past, present and future. We are using science, technology and logic to figure out creation, but logic is not enough to understand creation. Logic ends where magic begins.

What existed before the Big Bang?

How did the Big Bang occur? How and why did it all start?

Some scientists like Stephen Hawking and Leonard Mlodinow will tell you that it came out of nothing. In their book The Grand Design, they argue that the Big Bang, rather than occurring following the intervention of a divine being, was inevitable due to the law of gravity.

The laws of physics can explain, they say, how a Universe of space, time and matter could emerge spontaneously, without the need for God. Most cosmologists agree. They say we don’t need a god-of-the-gaps to make the Big Bang go bang. It can happen as part of a natural process. Hawking and Mlodinow argue that because there is a law like gravity, the Universe can and will create itself from nothing.

Furthermore, spontaneous creation is the reason there is something rather than nothing, why the universe exists, why we exist. It´s not necessary to invoke God to light the blue touch paper and set the Universe going, they say.

Their idea of nothing isn’t really nothing. It includes at least a law of gravity. They are defining nothing so it complies with the laws of physic to dismiss a Creator – a God. They aren’t really starting with nothing at all. Where did this law of gravity come from? They say that such a law must exist. How can that be? Nothing stays nothing. It doesn ́t include a scientific law. It seems like they got blinded by their own truth – blinded by logic.

If some “thing” constant exists and because nothing can come from nothing, then something must have always existed! It seems they are thinking that the law in itself is what forces the manifest in order for the law to be played out and exist. If the law exists then the Universe has to envelope it, facilitate it.

However, nothing remains nothing. If the Universe could emerge spontaneously out of nothing – out of the void – out of the vacuum – where is the action? There is no action in nothing.

So, most scientists looking into the mystery of creation keep trying to solve the big puzzle of creation itself, but they will never solve it using logic alone. Logic can only take us so far. Logic and science are the tools we use to understand the finite realm. It can never be used to understand the whole of creation. Creation is more than logic – it ́s also magic – there ́s a mystical part we cannot see or touch. The mystery of The Cosmic Mind.

Here is a passage from the Paradox of Creation book. It´s Steve´s words about logic and origin – like the origin of the The Big Bang:

Even logic has to logically concede the fact that anything standing as a reason for an origin, would itself require its own origin, and therefore all you would ever see is an infinite cascade. Therefore there can be no logical origin! Ergo, logic recognizes magic which by definition has no logical cause. – Steve Berg

So, even if scientists found out what was before the Big Bang – the origin – the question would arise: What was before that origin? In other words, logic can’t answer this question. All we would ever see is an infinite cascade. We can never see “the beginning”.

We have to realise that we are part of an incredible creation and the best we can do is to cherish our time here on Earth as spiritual beings having a physical experience. We have great powers to create. We have uniqueness and greatness within and we can do our best to leave our mark.

By expressing your uniqueness onto the world you are impressing a mark that will live on long after you are gone. You will make a ripple and make a difference. This is something we cover in the 5 Steps To Master Your Life Program.