Intention goes a long way. When you make up your mind to do something it´s incredible what can be achieved. One great example is Wim Hof.

For the last 35 years Wim Hof (born 1959), who also goes by the name of The Ice Man, has performed incredible achievements. He has climbed Mount Kilimanjaro and Mount Everest only wearing shorts. He has set world records in swimming under icy water and he´s run a marathon in minus 25 degrees celcius wearing only shorts. 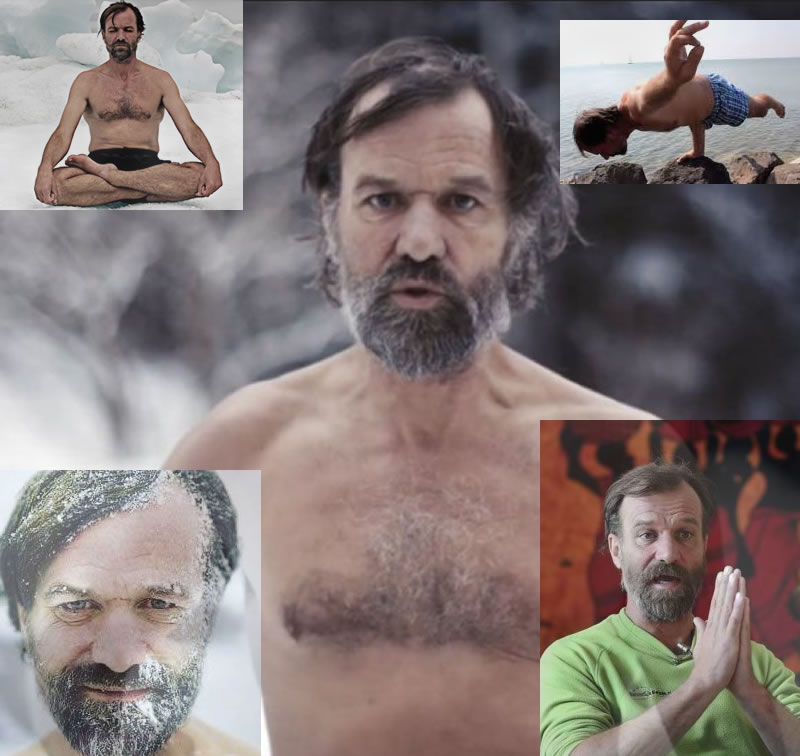 He has set 20 Guinness World Records in withstanding extreme temperatures. He has proven that body and mind go hand in hand and that strong intention can affect physical reality.

Scientists don´t understand how it is possible for him to withstand these extreme temperatures because it violates the so-called established “truth” about what we think is possible to do with our human bodies. Below are some videos of his incredible achievements:

Wim Hof ​​has surprised and amazed scientists worldwide. They don´t understand how it´s possible to do what he´s doing with his body.

Wim Hof is using the Power of Intention to alter his body. He´s in fact altering physical reality just like I talk about in Your Manifesting Power. He practices something called Tummo, which means inner fire. It´s a Tibetan Buddhist meditation practice that allows you to make significant physical changes in your body-temperature by using intention, meditation and breathing techniques.

Wim has studied yoga and meditation for many years. His technique comes mainly from what he calls “cold hard nature”. By exposing himself to the bitter conditions in nature, he learned to withstand the extreme forces in cold and heat.

In 2011 he was examined by researchers at Radboud University Medical Center in the Netherlands and the results were remarkable. Wim was able to influence his autonomic nervous system, which should not be possible.

The autonomic nervous system is a term used to describe the part of the nervous system that controls the activity of smooth muscle, heart muscle and glands. It constitute almost all of our internal organs except the skeletal muscles and skeletal system.

The Power of Intention goes a long way.